One Splendid Music surprise follows another, as one of The Hague’s most popular bands is about to drop their new album, The Good Life, Studio 15|05 is allowed to give away a signed copy to their biggest fan!

The new album, produced by Bas van Wageningen ( Di-Rect ) has recently been completed. Late last year, already two singles from the album have been released; “Back in the days’ and ‘Now or never’. It is the first album of Splendid since the break with management company [PIAS]. Far more interesting is that it’s the first album after ‘Connect Back To The Stars’ and ‘Sun Beats Down’ in the original form with seven band members.

The Good Life is scheduled for release April 2015.  With this brand new sixth album Splendid will follow an old path and goes back to the basics – powerful pop music with the influences of reggae and hiphop.
To celebrate the April release of their album The Good Life, Splendid will host an album presentation in het Paard, followed by a club tour.
For the club tour schedule you can check their agenda, tickets are going fast as usual! To win the Studio 15|05 give away, it’s now or never – just let us know that your living The Good Life by liking the post in our Studio 15|05 group and your in the race for this exclusive signed copy of the album. Enjoy the weekend! 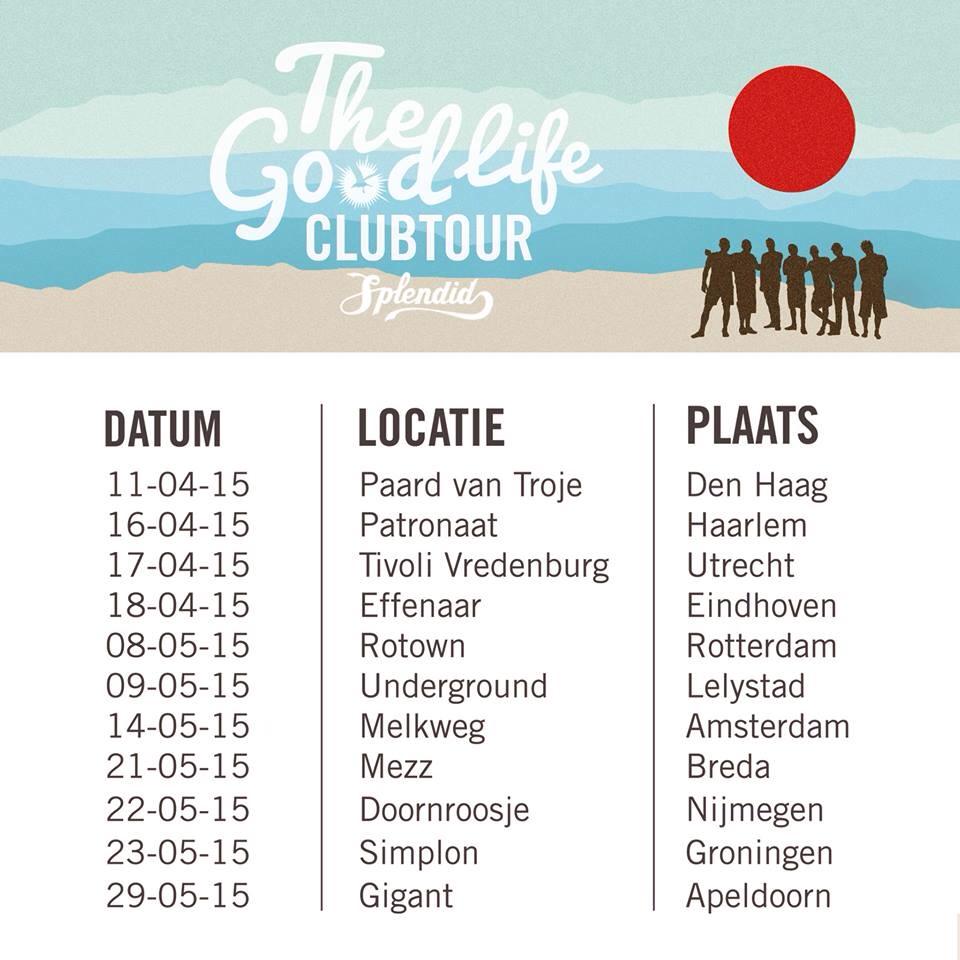